One of the many great drivers we are extremely proud to work with, Joe Ippolito, has done it again!

This time it’s more than track records, it’s even bigger than a class record. To clarify, Joe has gone home with the NASA National Championship Title! Ippolito and the SE-R made it around the Miller Outer Course in a mere 2:17.990. With that, he was able to snag the win at Nationals. Not only was Joe the fastest in TTE, but he was also faster than any car from the TTB, C, D, and TTF classes! When asked about how the weekend went, Joe said: “We beat out some much faster cars than ours and overcame a lot of protesting by the officials but we were always in spec”. In addition, we were able to put down 179whp @ 5000ft. That’s 5hp below our max for our car. Moreover, 2nd place was 2 seconds behind us, with our track record of 2.17.9. ” Sounds like Joe had a good season! 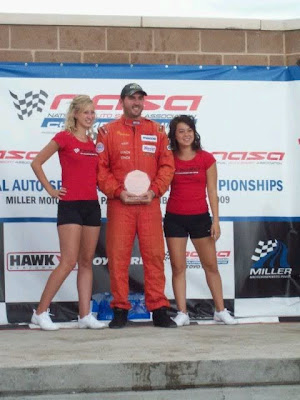 Joe runs his 2002 Nissan Sentra Spec V in the NASA TTE Class. Utilized in the build was basic Kontrol Pro kit. Joe and his mechanic Justin swapped springs for a custom spring rate. This spring rate would allow them to keep the car planted. Justin, the infamous man behind the setup and tuning, is certain that Joe can keep him on his toes. “Joe pushes the car past the limits as it sits. He can probably push the limits of whatever I throw into the mix,” Justin shared. “And that just pushes the whole project forward”.

The pair definitely did a great job this season. Perhaps most notably, setting track records at 3 of the 6 tracks in the Southeast Division of NASA Time Trials. Ippolito put down scorching lap times (as fast as 1:26.98 at Carolina Motorsports Classic Full Course). In addition, he attended every possible event he could. As a result, Ippolito was able to secure himself the #1 Spot in his region, with a nearly 500 point lead over the 2nd place driver.

Moreover, we are working with Joe to get him some big brakes and RR Dampers for next season. We advise you to keep your eyes on Joe, Justin, and the silver Spec V! 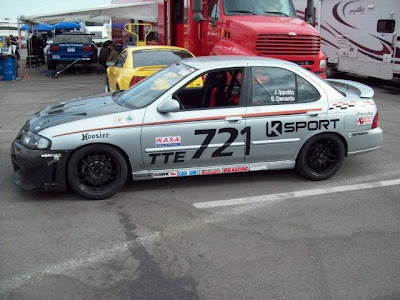