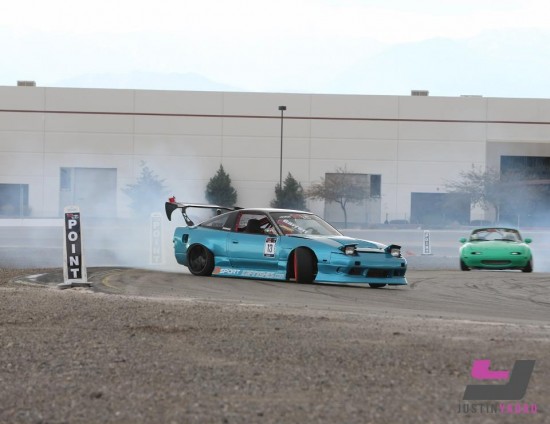 Vegas Drift ProAm round 1 can be summed up with 1 word – Challenging. We arrived in Vegas at about 2:30 AM excited to drive. Got a few hours of sleep before heading out to the track. It was cold and extremely windy but I was confident and determined to do well. I d driven this road course before but in reverse so having any kind of layout familiarity wasn t a factor. This setup allowed for moderate speeds and was very power demanding in order to connect the long sweeping corners. 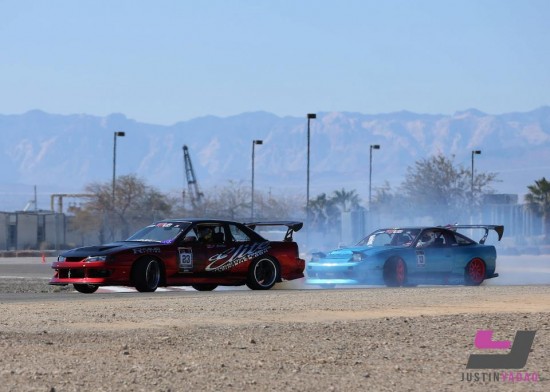 I didnt come with many tires so I knew my practice time would be limited. Almost immediately into practice I came to the realization that my clutch I had just installed during my rebuild, couldnt hold the power in 4th gear. I had to come up with a new game plan because the line I would have typically taken was now compromised. After a couple more runs I found a line that allowed me to use 3rd gear and still connect the course, but caused my speeds to drop dramatically. I was able to get about 3 more practice runs before it was time for qualifying. The only good news I learned after my first real practice session with the new chassis is that it makes fantastic grip and angle. 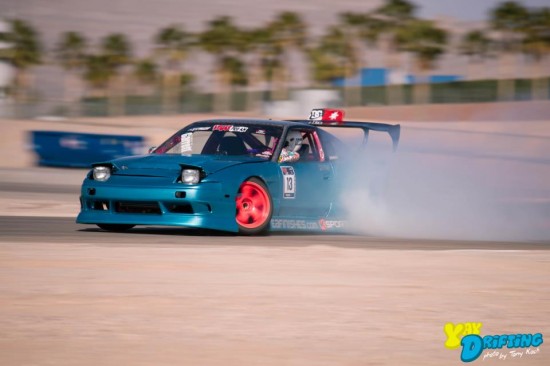 My first qualifying run was good enough to place me in the Top 16 but I knew I could do better, so on my 2nd run I decided to go all out and it ended up paying off and I received a higher score. Unfortunately due to my clutch not performing at the capacity I needed it to, I only qualified 9th. (I was pretty disappointed to say the least…. not in myself, but in my car). I knew I d have to do really well in competition to make up for the mediocre performance in qualifying. However, I couldnt help but worry about the gear difference while in tandem competition. I was obviously not capable of running a fast line since I was maxing out in 3rd gear. 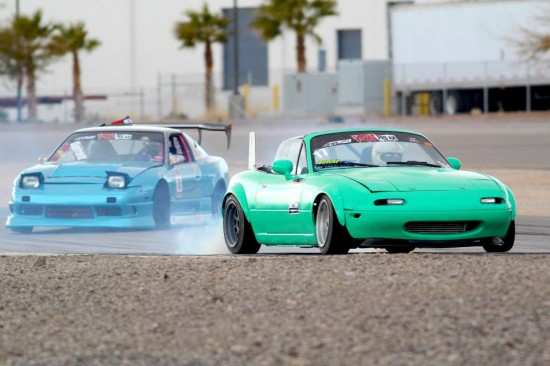 It was announced in the driver s meeting that there would be no tandem practice and competition was starting immediately. My 1st battle was with Tanner Baer and I was honestly more focused on my strategy for the 2nd battle with Jim Guthrie and obvious power difference. The little green Miata and I started our battle with him leading first. I stayed right on his bumper on the entry and initiated with a ton of angle when suddenly I found myself having to scrub speed very quickly but maintained the drift and kept going. 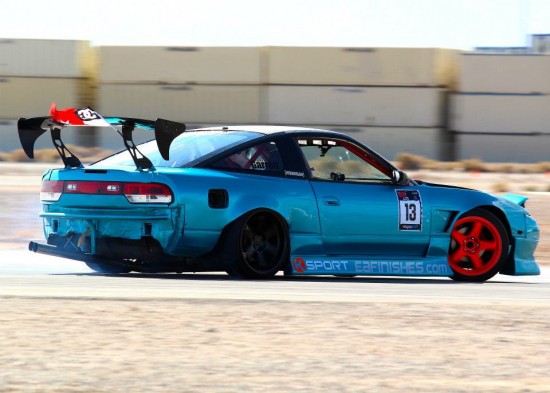 Then at the 2nd clip I unexpectedly lost a great amount of power and instantly knew why. I Lost #4 injector and was running on 3 cylinders. I just kept it floored and tried to continue the course. Now it was my turn to lead and I didnt even bother calling 5 minutes to try and repair anything . I knew the rest of the competition would be with 150 hp. After I ran my lead run as if nothing was wrong, I knew I was done. My car failed me. Rolled into the pits, popped the hood, and assessed the damaged power plant. Oil and coolant was everywhere. Why couldnt the injector last another hour? Just my luck for it to blow at the beginning of my very 1st battle of the top 16. I was livid but trying to stay composed and hide it from everyone. 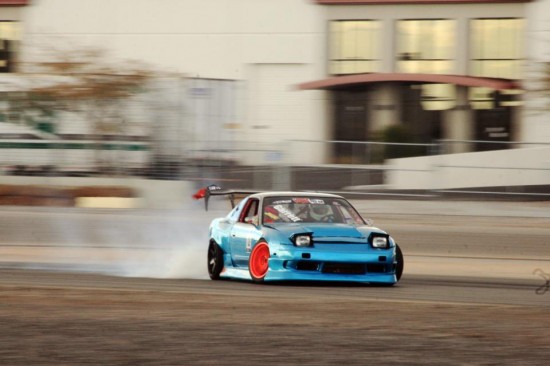 On Monday I got the car back to the shop, started it up to pull into the bay and was horrified to see oil spewing out of the engine bay straight into the air. Not only did I blow an injector and come to the realization I now need a stronger twin disc clutch, but I had BLOWN MY TURBO too! Thankfully I recently teamed with Garrett Turbos and will have a new quality turbocharger in soon to replace the cheap no name I had before. Now it s back to work on my car and another rebuild of sorts. Hopefully we can somehow get the motor repaired before the next round. A very common struggle for a Pro-Am driver. I want to congratulate my good buddies Joe Haven for taking 2nd place after blowing his motor and Garret Nikolich with Get Nuts Labs for winning 1st place at this round! Big thanks to my partners: KSport USA, Elite Automotive Finishes, and Turbo by Garrett for all your support this season. Also a special thanks to my good friend, Scott Yacuel, for the countless help and making this event possible for me to attend.