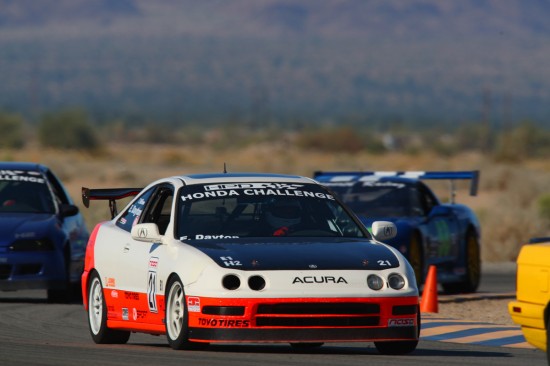 Ksport Sales Account Manager Eric races his B20 powered DC Integra in Nasa’s Honda Challenge Series in the H2 class. He secured the 2013 HPD Honda Challenge H2 Regional Championship with NASA Arizona making it back to back wins for 2012 and 2013. Moreover, the season wrapped up with a win. He finished first place in the season ending 3-hour endurance race at Chuckwalla Valley Raceway. That’s Another win for KSport! The first place finish in class and 3rd overall amongst all classes secured enough points to lock in the season points championship. For 2013, Eric won 7 races and had 4 second place finishes. This was across 16 races for a total of 12 podium finishes amongst 9 season competitors.

Furthermore, the build of the Integra meets Nasa Honda Challenge H2 specifications. It is powered by a B20 motor with Ksport Version RR dampers built to custom spring rates and valving. A Ksport 6 pot Big Brake Kit handles the stopping power for late brake corner entries and the endurance to withstand racing for extended periods of time. In addition, Eric built, painted, and maintained the car himself in his self titled Garage 77.

The 2014 season started and the car has hit the track and secured another podium with a 2nd place finish at the Wild Horse Pass East race track last week. Another Win for Ksport! The car has a rebuild scheduled this season. To clarify, it will be undergoing a small motor rebuild and will continue to run on Ksport coilover suspension and brakes. There will be additional parts for camber and toe correction installed using a new parts line by Voodoo13. That will be available here: https://voodoo13usa.com/. To get more information about Ksport parts or Voodoo13 parts contact Eric directly at [email protected] or [email protected] 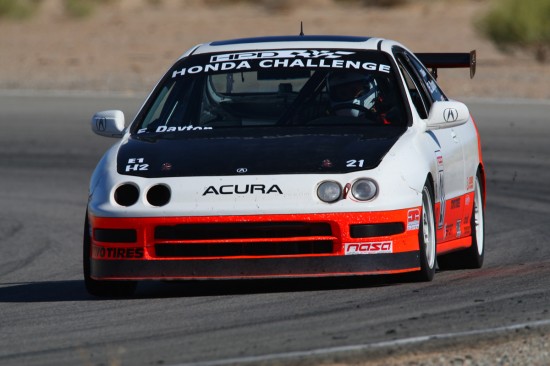